Gov. Bill Lee has been touting his proposed spending on education, but Knox County officials say his budget would give less than they were expecting.

based on preliminary estimates, gov. bill lee's proposed budget would give Knox county schools about half the increase in state funding that former gov. bill haslam did in recent years. (Source: Knox county)

Knox County officials say the county’s school system is facing a gap in state funding under the education budget presented by Gov. Bill Lee. The result could be a $6 million drop in what the district has been expecting from the state.

The state's Basic Education Program has received boosts of about $175 million a year, but Lee is proposing only $117 million in new BEP funding.

“Unfortunately, it looks like what is proposed is going to be a lot less than it has (been) in previous years,” Jacobs said.

Lee has been promoting an additional $175 million in education funding next year as a major component of his proposed budget. But pieces of that are going to pay for specific programs -- school safety officers and career and technical education -- that Knox County may not benefit from much because the district already has both.

Jacobs said that according to the school system’s analysis, only $117 million of Lee’s proposed amount would add to the Basic Education Program (BEP) formula, which distributes state funding to school systems across Tennessee. 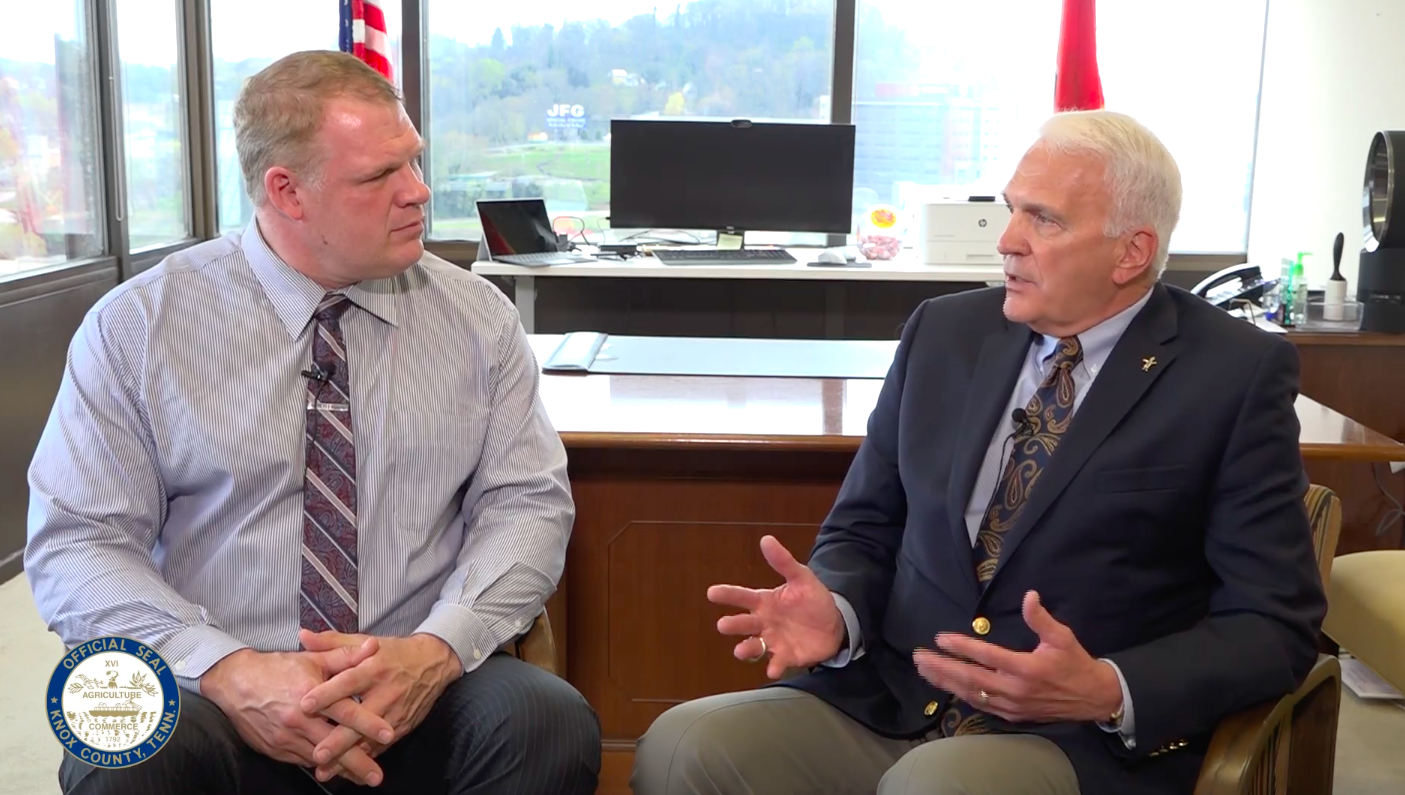 In recent years under former Gov. Bill Haslam, the increase in BEP funding has averaged about $175 million, Jacobs said, which would make Lee’s increase about 33 percent smaller than Haslam’s.

“Which means for Knox County Schools, we’re looking at instead of what we thought was going to be about $12 million (in additional funding) will be about $6 million,” Jacobs said in the video.

Thomas said in the last three years, Knox County has received $12.9 million, $11.5 million and $14.1 million in new BEP funding. Of the projected $6.2 million in Lee’s budget, Thomas said, “It’s an increase to the formula, but it’s a smaller increase than it has been.”

"My hope is with Governor Lee that he’ll look at that and realize the implication. Because it’s not just Knox County. It’s going to be other counties around the state.” – Knox County Mayor Glenn Jacobs

Jacobs, who has been a public supporter of Lee, was at pains to praise the governor as “one of the most decent human beings that I have ever met in my entire life.” But, he added, “Just like me, he’s new to his job.”

Laine Arnold, Lee’s press secretary, did not respond to an email for comment late Friday afternoon. (Her listed cell phone number connected to a voice mailbox that had not yet been set up.)

The BEP is notoriously complex, and has never been fully funded. During his State of the State address, Lee said his budget would fully fund the program, but several skeptics have challenged that assertion.

Knox County school board Chair Terry Hill said in an interview Saturday that when Lee first proposed increases for school security and career and technical programs, school officials hoped that would be new money.

But, she said, "It's not -- it appears it's coming out of the original BEP funding (increase) that we were receiving year to year. It's very, very discouraging to see that."

Hill said the Tennessee School Boards Association and the Tennessee Education Association are aware of the issue and lobbying for a larger BEP increase. But in the meantime, the Knox County school board has to approve a 2019-2020 budget by the end of April.

The budget is already shaping up as a tight one. Thomas hasn’t presented a budget request yet to Jacobs and County Commission, but he has produced a wish list for up to $26 million in new spending, more than half of it for teacher raises. That is double the amount of new funding in last year’s budget.

School officials have also identified a need for three new elementary schools, at a combined cost of about $60 million. Those projects, if approved by Commision, would presumably be paid for with capital bonds. But a consultant last month told Commission the county can only comfortably borrow about an additional $18 million without potentially affecting its credit rating.

So receiving less state funding than expected would presumably add to the funding pressure.

“My hope is with Governor Lee that he’ll look at that and realize the implication,” Jacobs said. “Because it’s not just Knox County. It’s going to be other counties around the state.”