The new Knox Education Foundation arises from the dissolution of the Great Schools Partnership, to support community schools and Project GRAD.

Community schools and Project GRAD staff work to assemble food for students while schools are closed.

UPDATE (May 21, 4:30 p.m.): This article has been updated with a comment from Ronni Chandler on Project GRAD's continuing service.

When Chris Letsos’ parents emigrated to the United States from Greece, fleeing a military dictatorship, they were seeking a safe and stable place to raise their young sons.

Heading up the new organization is a Florida transplant with a passion for helping 'underserved and disconnected young people.'

“My brother and I struggled growing up,” Letsos said in a recent video interview. “My father was a superintendent for public housing, my mother held various jobs. Now, my saving grace was always caring adults in our school. It’s where I learned how to speak English. It’s where I found my mentor.”

Letsos has spent his professional career trying to pay those kindnesses forward through Boys & Girls Clubs in Florida, where his family moved from New York when he was a teenager. Since 2015, he has been president and CEO of Boys & Girls Clubs of Tampa Bay.

“I’ve committed my whole life to serving kids,” Letsos said. “My priority has always been underserved and disconnected young people.”

Next month, he will bring that sense of mission to the new Knox Education Foundation, created last fall as a successor to the Great Schools Partnership, which since 2005 has provided funding and services to support Knox County schools.

Letsos will be the first CEO of the new foundation, which will serve as an umbrella for three major initiatives: the community schools programs that were the signature project of Great Schools Partnership; Project GRAD, which provides support and scholarships for disadvantaged students planning for life after high school; and an office of innovation, to seek and support new approaches in county classrooms.

In a news release last month announcing Letsos’ hiring, Pellissippi State Community College President Anthony Wise — chair of the new foundation’s board — said the organization would build and expand on the work already being done. 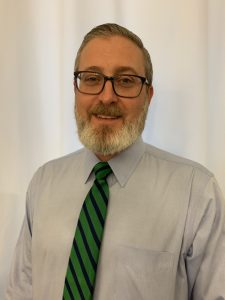 “With this new organization in place, new board and new leader, the possibility exists to look at what else we should be doing to support public education and how we might be a catalyst for better outcomes for all of our children,” Wise said.

“It positions the work to continue, regardless of who sits in my seat,” said Chandler, who has been with Project GRAD Knoxville since it was established in 2001 and has been CEO since 2014. “The work needs to continue for students and families.”

The Great Schools Partnership formed as a public-private collaboration, with a board that included the superintendent of schools and the city and county mayors along with business leaders and other community representatives.

It has launched several programs to support Knox County public schools, including “Leaders for Readers” — in which local leaders go into classrooms to read to children — and arts integrated tutoring, which uses music and art to improve reading comprehension.

But its largest and most visible legacy is the Community Schools program, which provides after-school enrichment programs and other resources at 16 elementary and middle schools with lower-income populations. It will remain a centerpiece of the Knox Education Foundation, headed by Executive Director Cheryl Ball.

The resulting changes led to the departure last fall of former Great Schools Executive Director Stephanie Welch, who said in her resignation letter, “I do not feel I am the right person to lead the organization through the next transition.” Welch is now chief economic & community development officer for the City of Knoxville and deputy to Mayor Indya Kincannon.

(There appear to be no hard feelings. When the Knox Education Foundation was announced last November, Welch said, "The work of both [Great Schools Partnership and Project GRAD] is critical to the success of our community, and I'm happy that it will continue through the efforts of both boards and a great team.")

Jonathan Scoonover, who is heading up innovation efforts for the new foundation, has been serving as interim president of the foundation this spring. With schools closed during the pandemic, Community Schools and Project GRAD staff have partnered with Second Harvest Food Bank to provide additional meals to families in need on top of those distributed by the school system. As of last week, they had packed and supplied more than 50,000 meals since mid-March.

“We're also looking at ways that we can support families that can't show up at the food distribution sites, that are both food insecure but also struggle with transportation,” Scoonover said.

Letsos said he heard about the Knox Education Foundation position from Bart McFadden, the longtime CEO of Boys & Girls Clubs of the Tennessee Valley. Both the job and what McFadden told him about Knoxville appealed to him.

In Tampa Bay, Letsos said, “No one’s proud of being from here. Everyone loves the beach, but there’s no sense of pride and community. I was always jealous of Bart, and I wanted that for my family and I wanted to contribute to a community like that.”

His Florida résumé includes one project that particularly resonates with his new job. Under Letsos’ leadership, the Tampa Bay Boys & Girls Clubs established a series of community school programs in the local public schools.

“We started at one middle school, we really saw a need there,” Letsos said. In building the program, he had to reach out for expertise throughout the community and learned a lot about what it takes to support disadvantaged students.

“My firm belief and opinion is if you have a strong school, you have a strong community,” he said. “We started putting immediate supports into place, whether that was through volunteers or paid staff, partnership with law enforcement, mental health, social-emotional supports.”

“Getting to know Knoxville, and speaking to other partners up there and other nonprofits, it’s an extremely giving community that wants to do the right thing,” he said. “And where I see the Knox Education Foundation is being the convener and the initiator and collaborator on behalf of all students.”

Chandler emphasized that all of Project GRAD's work will continue under the new organization.

Letsos is arriving to not just a new foundation but soon a new location as well. It is currently housed on the ground floor of the Andrew Johnson Building, where Great Schools Partnership had been based. But with that historic building under contract to a Nashville developer, Scoonover said the foundation will move along with the school system’s Central Office administration to the Tennessee Valley Authority’s East Tower.

“We’ve secured office space there, I think we’re still working out the logistics of what that looks like,” Scoonover said.

It will keep the foundation close to the public school administration that it was set up to support.

“The mission of public school is to create productive citizens, to create engaged adults, and I think this initiative is unique throughout the country,” Letso said of the foundation. “I commend the groups that came together that had the foresight and ability to think big about it.”